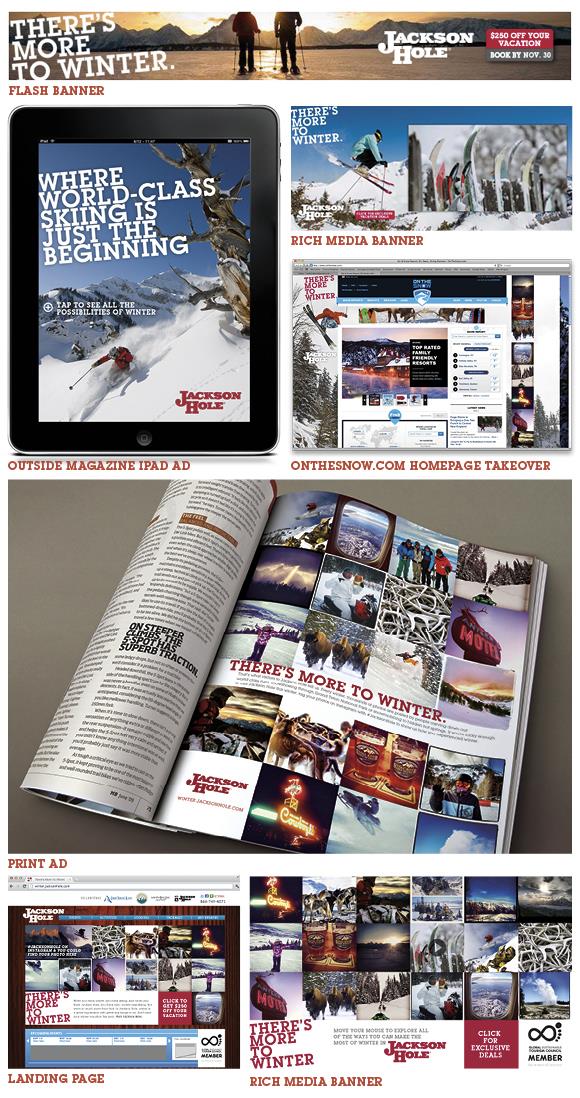 In Jackson Hole, winter is a great big season with great big things to do. While best known for its world-renowned skiing, Jackson Hole has so much more to offer. The winter 2012-13 campaign sought bring the unique culture and activities in Jackson Hole to the forefront. Three distinct audiences were targeted: Advanced Families (35-54-year-olds looking to escape to off-the-radar locations and have adventure in their family DNA), Authentic Baby Boomers (48-64-year-olds who are seeking to be challenged by the terrain but have the finer amenities at the end of the day), and Successful Professionals (35-64-year-olds who are seeking once-in-a-lifetime experiences that include authenticity and luxury).

To reach these audiences, a sophisticated online marketing strategy leveraged traditional online advertising with rich media and tablet-based tactics. Instagram photos that were being published by visitors to Jackson Hole were used throughout our creative tactics to highlight the full winter story Jackson Hole has to offer. These firsthand accounts of winter in Jackson Hole gave a greater level of authenticity and validation to the idea that there is more to winter in Jackson Hole.