Terrorism is the use of force or violence against persons or property in violation of the criminal laws of the United States for purposes of intimidation, coercion, or ransom. Terrorists often use threats to create fear among the public, try to convince citizens that their government is powerless to prevent terrorism, and to get immediate publicity for their cause. Terrorism has been used throughout history to intimidate, coerce, and bring harm to populations. Acts of terrorism include: 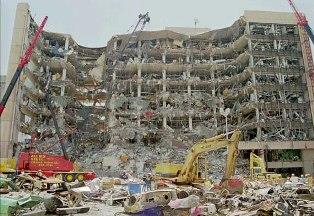 Terrorists are looking for the "shock and awe" factor, which means  that they will do whatever they can to scare the most people. Terrorism  is just as much a psychological attack on a nation as it is a physical  attack. Since it is very difficult to anticipate what a terrorist may  do, we need to formulate plans that will work for all disasters, whether  they be natural, man-made such as terrorism, or otherwise.

Although  it is hard to think of Wyoming as a terrorist target, it has happened  before. In December of 2005 a man was arrested in Pocatello, ID while  meeting who he thought was an Al-Qaida operative. The man, Michael  Reynolds, was offering to blow up the natural gas hub in Opal, WY in  exchange for $50,000.

Terrorism by its very nature is unpredictable, so it is hard to define risk factors. Living in areas with low populations and few targets may reduce your risk. Threat levels can sometimes be different for airlines than they are for the rest of the country. If you are flying, check the TSA site for information on what can and cannot be brought on flights. These items can change depending on the current threat level. 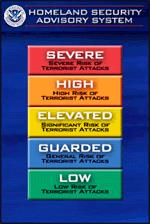