A wildfire is an unwanted wildland fire not designated as a prescribed fire that requires appropriate suppressible action. Some forest fires that are started through natural causes are allowed to burn because they are far from developed areas and their remoteness makes them difficult to fight. Also, when an area is allowed to burn this reduces the amount of fuel for future fires.

It is when these fires endanger lives and/or structures that we become more concerned. The area where structures border on forested areas is known as the wildland/urban interface. These areas can be dangerous because they contain three things that don't mix in a wildfire situation: plenty of fuel in the form of trees, people, and structures.

Our wildfire season in Teton County runs from June through September, but we have had early wildfires in April and even some as late as December. Our risk is generally highest from July through August, which is when our climate is dry, many grasses die, and we have a higher probability of lightning storms that provide little precipitation. 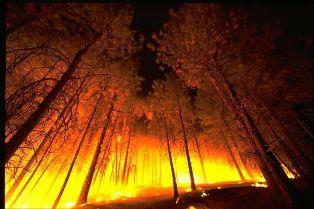 Loss of Life or Property

Our main concern is the loss of human life, which is why we evacuate areas as wildfires approach. If citizens follow evacuation orders, there will be virtually no civilian casualties during a wildfire event. And although firefighters do everything that they can to save homes, it isn't always possible and there can be property loss.

Adverse Health Effects Due to Smoke

The young, elderly, and those with respiratory illness need to be particularly careful when wildfires are in the area. Smoke hanging in the air can make it difficult for these at-risk populations to breathe. Wildfires needn't be nearby for this to occur; with the proper weather conditions we can have smoke from fires as far away as the west coast affecting us in Jackson Hole.

When a roadway is endangered by fire, it will be shut down. If it is one of Teton County's main arteries, this can make travel very difficult. Even if roads aren't closed, heavy smoke can make travel hazardous due to low visibility.

Reduction in Business Due to Wildfires

When people see on major news networks that there are fires in Jackson Hole, they are reluctant to travel here. The images show trees bursting into flames and firefighters doing everything that they can to fight the fire. Never mind that the fire is in an isolated part of the county and isn't affecting travel or other activities. This can hurt local businesses that depend on summer tourism to Teton County.

Fighting forest fires is a very resource-intensive task. Only highly trained and certified personnel are permitted to fill positions in a wild land fire fighting team, and when we have multiple outbreaks of wildfires we can exhaust our local resources quickly. If there are many wildfires nationwide, it can even be difficult to pull resources in from outside Teton County. 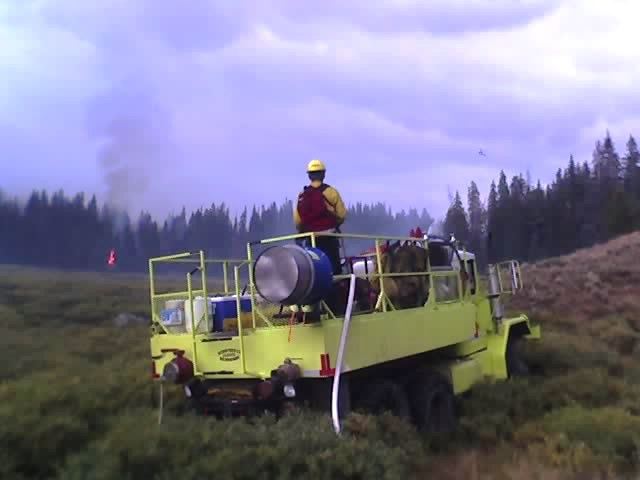