We have several local media outlets that participate in the Emergency Alert System (EAS).

Charter Communications is our local cable television provider, and they will broadcast EAS statements. If your television is on, you will hear a tone and it will change whatever channel you are watching to channel 13 where the screen will be black and scroll the EAS message across in white letters. Newer alert systems will broadcast the tone and simply have a text crawl at the top of the screen of whatever channel you are currently watching.

Following an EAS statement, tune to local news on KIFI Local News 8 (channels 8 and 508 on Charter Cable; channels 29 and 36 over-the-air) for followup reporting and information on the emergency.

The following radio stations participate in the Emergency Alert System:

All of these radio stations will tone out and then broadcast EAS statements, preempting the current programming. Once again, your radio must be on and you must be tuned to one of these radio stations to receive the alert. Be advised that FM 90.3 KUWJ (NPR) is a local EAS station, but will generally only make EAS statements for statewide emergencies as opposed to local emergencies since the station is based in Laramie. Generally all stations above with the exception of KMLT will have on-air DJs that will broadcast follow up reporting on the emergency.

Emergency Management is using Twitter to inform the public of routine day-to-day activities, but in times of emergency will utilize this service to provide information to the public when resources allow. Follow our feed.

You can also follow Teton County Emergency Management on Facebook here. Although not a primary source for emergency information, when time allows we post more detailed information on an emergency or preparedness information to our Facebook page. 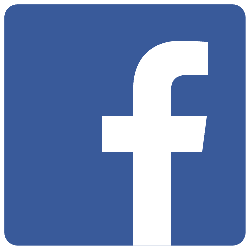